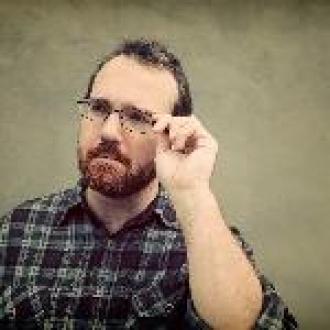 Andy Sandford is a fresh (yet bearded) face who got funny in Atlanta, GA and is now based out of New York City. He can be heard on “Aqua Teen Hunger Force”. Andy is a featured guest on the nationally syndicated “Regular Guys” radio show, and has appeared on The Bob and Tom Show. His stand up is featured on XM/Sirius satellite radio as well as Pandora. Creative Loafing Magazine named Andy “Best Atlanta Comedian,” and he was a top 12 finalist in CMT’s “Next Big Comic” Competition… In 2011, Rooftopcomedy.com bestowed Andy the Silver Nail Award; given to the “8 best up and coming comics in the country.” Andy also received a very respectable score on an anatomy midterm during his very brief college career. Andy Sandford has been described as “a skillful linguist who carefully plays with pitch, tone and timing to spice up his jokes.” One thing is for certain: you won't want to miss this guy’s act.