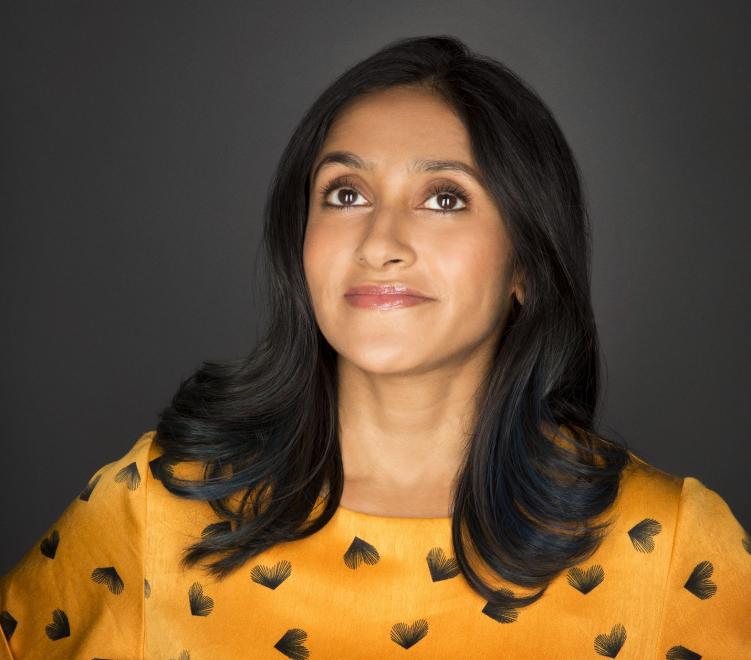 Aparna Nancherla is a comedian and general silly billy. Her sense of humor is dry, existential, and absurd, with notes of uncalled-for whimsy. Think a wine you didn’t order. You can watch Aparna as Grace the belabored HR rep on the Comedy Central show, Corporate or hear her as the voice of Hollyhock on Bojack Horseman. She also has a half-hour special on the second season of The Standups on Netflix, as well as appearances on Late Night with Stephen Colbert on CBS and Two Dope Queens on HBO. Other acting credits include A Simple Favor, Crashing, High Maintenance, Master of None, and Inside Amy Schumer. Aparna was also named one of “The 50 Funniest People Right Now” by Rolling Stone. She also co-hosted the 2018 Women’s March Rally in NYC. In 2019, she was in a Super Bowl commercial with Michael Bublé for sparkling water neé seltzer. In 2016, she released her debut album, Just Putting It Out There, on Tig Notaro’s label, Bentzen Ball Records, and recorded a half hour special for Comedy Central. On Monday nights, she co-hosts Butterboy at Littlefield in Park Slope, Brooklyn at 8 p.m. with genius treasures Jo Firestone and Maeve Higgins. Watch the absurdist web series Womanhood Aparna made with aforementioned bright light Jo Firestone for Refinery29.