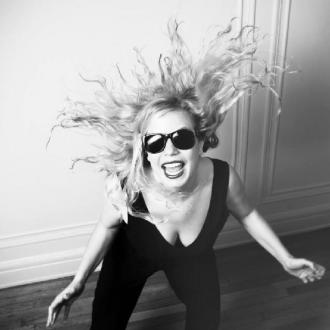 BLAIR SOCCI is an NYC-based comedian from Southern California. She recently starred in the MTV series, LADYLIKE, this past summer. Blair can also be seen on a new comedy series for FUSE TV called UPROARIOUS. This year she also served as creative consultant for Guy Code vs. Girl Code on MTV and also appeared on the show. When she isn’t watching Vanderpump Rules, you can find Blair performing nightly at some of the best clubs and alternative shows in town. Blair has also been lucky to perform alongside some of her favorite comics at the New York Comedy Festival, Brooklyn Comedy Festival, Women in Comedy Festival, Limestone Comedy Festival, Laughing Skull Festival, CROM Comedy Festival, Red Clay Comedy Festival, and Chicago Comedy Exposition. Once a month, she co-hosts a popular show, NACHO BITCHES, at New York Comedy Club that she co-founded with Corinne Fisher of Guys We F*cked fame. Blair holds an MFA in creative writing from The New School and a Bachelors of English from UCLA – which as it turns outs out, she only got to list in this bio as you do not need any degrees to be a comedian. Looking towards the future, Blair notes that she wouldn’t mind having her own weird cooking show after she gets old and slows down. In terms of extracurricular goals, she hopes to become un-allergic to dogs, cats, and horses, and get really good at drawing.