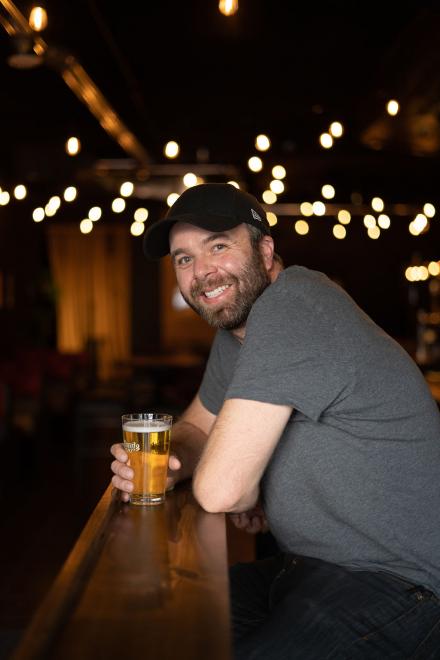 Brett Hiker was a regular guy until ten years ago when he was bitten by a stray comedian. Since, Hiker has spent the last decade telling jokes in theaters, clubs, and music venues across North America. Hiker’s stand-up made its TV debut in 2011 on the After After Party) and has since had his comedy featured on Fox, the CW, and Comcast. He is an avid fan of dive bars, legos, large snowstorms, carharts, whiffle ball, Toaster Strudels, silly hats, drinking in public, vintage hockey teams, pillow forts, day drinking, breakfast food, and nothing else. Although Brett was raised by a pack of mountain folk in Colorado, he now lives and tells jokes in NYC where against his will he gets meaner and funnier by the day.