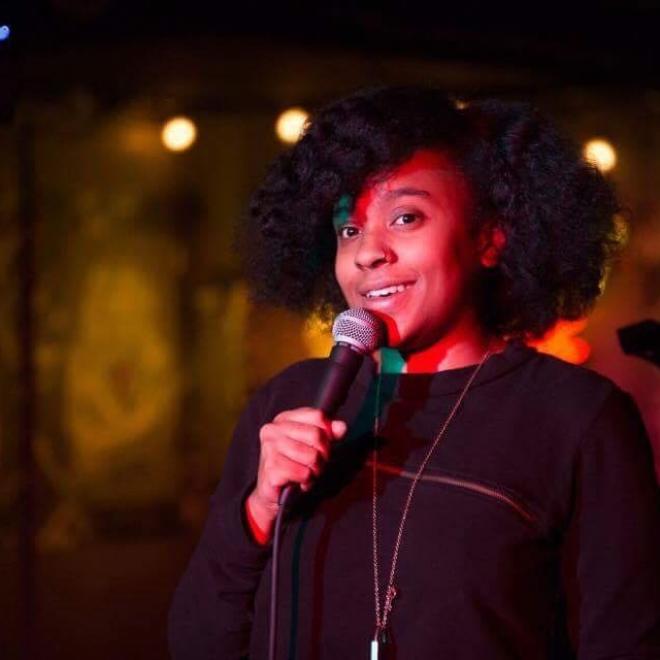 Chanel Ali is a standup comedian who blossomed on the Philadelphia circuit before moving to New York City in 2015. Her stage presence and story teller style make her a crowd favorite as she covers her upbringing, her world view and life as a comedian who doubles as a polite person in real life. She was recently featured on an episode of Night Train with Wyatt Cenac and has performed at Carolines on Broadway and New York Comedy Club regularly. Chanel has opened for nationally touring comedians like Rachel Feinstein, Anna Drezen and Michael Che.