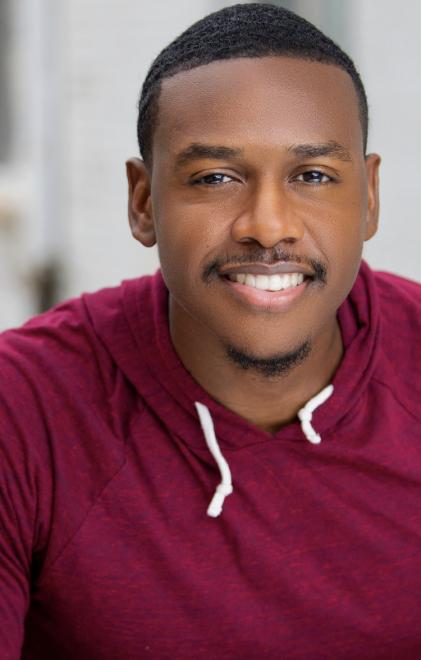 Ryheem Johnson is a native of the Eastern Shore of VA where he was raised by his grandparents. He went to college in Wilmington DE at Goldey Beacom College where he studied Accounting and received his MBA as well. After working full time as an accountant for 2 years, he quit his job to pursue his dreams in the entertainment industry. He’s been published in local and national magazines such as Caramella, R.A.R.E, and HUF. Additionally, he has graced a several runways as a fashion and fitness model. He even proposed to his wife, Breonna, on stage during New York Fashion Week. His acting career has been just as accomplishing as a feature on TV shows like For My Man, Copy Cat Killerz, a host of short stories, indie films, various commercials including Geico, TruGreen and multiple projects have been shot during the pandemic. After becoming a DMV native, a fellow actor convinced him to try doing some stand-up at an open mic. He went, did 7 mins, and has been hooked ever since! Now he practices all his new material with his new son Kaleb who apparently has stolen his birthday. Ryheem has worked with comedians Earthquake, Donnell Rawlings, Charles Walden, Mike Washington, Gerald Kelly and AG White. He’s a clean comedian that everyone can laugh with… hence the name Clean Ryheem!