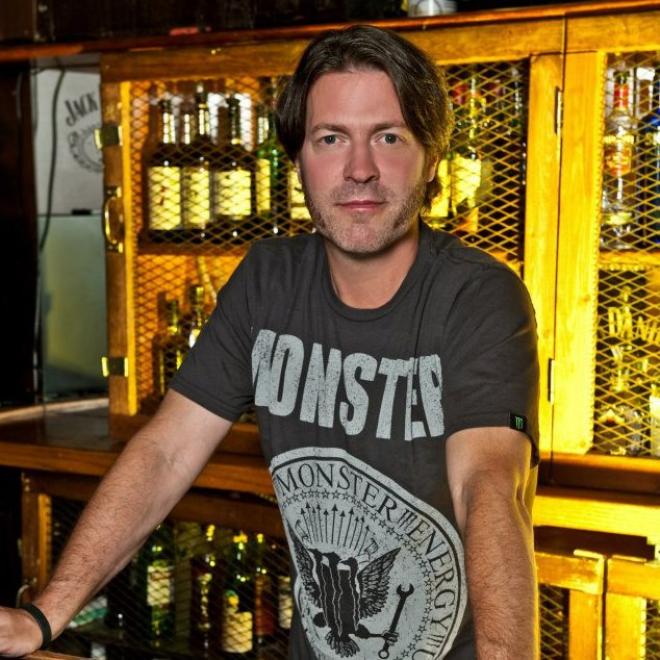 Don Jamieson is best known as the co-host of VH1 Classic’s long running hit heavy metal talk show series, ‘That Metal Show’, where legends of rock hung out to discuss their past and current projects in front of a live studio audience for 14 seasons. Rolling Stone Magazine dubbed the program one of the 50 Best Reasons To Watch TV! He also co-hosted ‘Beer Money,’ a fast-paced, non-traditional sports quiz show airing on SNY (SportsNet NY). Amongst his many accomplishments, Jamieson’s 3 stand-up CD’s ‘Live & Hilarious’, ‘Hell Bent For Laughter’, and ‘Communication Breakdown’ on Metal Blade Records all hit the Top 10 on iTunes and Top 20 on the Billboard comedy charts. He is a proud brand ambassador for Monster Energy Drinks and True Religion Clothing. Jamieson’s proudest moment is becoming an Emmy Award-Winner for his work on HBO’s ‘Inside The NFL’. Don and long-time comedy partner, Jim Florentine, lent their brand of humor to the popular sports show; writing, producing and performing sports-themed comedy sketches. The two have also collaborated on the hidden-camera DVD and Comedy Central web series, ‘Meet The Creeps’ as well as a series of prank call CD’s, ‘Terrorizing Telemarketers’, heard regularly on the Howard Stern radio show. He is also a joke writer for the country’s best celebrity roaster, Lisa Lampanelli, and spent a decade as Andrew Dice Clay’s steady opener in theaters across the US. Don’s stand-up act brings his everyday take on life with an added dash of sarcasm for good measure. He’s able to make people laugh at things they wouldn’t normally laugh at and then laugh again at that realization. Besides performing in clubs and theaters all over the country, he also performs stand-up at rock festivals such as Rock On The Range, Monsters Of Rock Cruise, Epicenter Festival, and Metallica’s Orion Music + More Festival where he was introduced by drummer Lars Ulrich. Don started his career as one of the young and talented comedy minds at MTV helping to launch the careers of comics like Jon Stewart, Kevin James, and Jay Mohr, but unbeknownst to many, Don was spending his nights on the local comedy scene developing his own comic style.