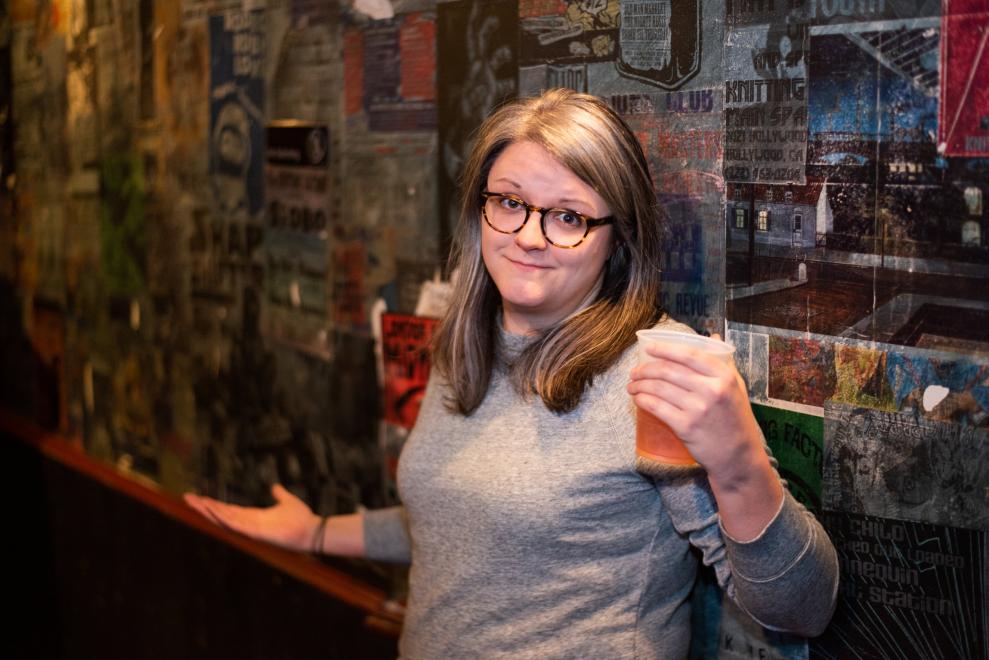 Emily Walsh is a comedian who performs nightly in bars and comedy clubs across New York City. Originally from Boston, MA, Emily moved to New York City after college to pursue her dream of painting scenery for theatre, film and television. She still paints because comedy doesn’t provide healthcare. Emily recently headlined a sold out Stand Up NY as part of their Headliner Series. She won 1st place in the Comedy Mob Festival at Stand Up NY in 2018, with 200+ comedian submissions, 2nd place in the She Devil Comedy Festival in 2019 at Broadway Comedy Club, and has been named Comic of the Week on Jackie Kashian and Laurie Kilmartin’s podcast the Jackie and Laurie Show. Festival credits include HBO’s Women in Comedy Festival, Gilda’s Laughfest, the Out of Bounds Festival in Austin, and the Cape Fear Comedy Festival, Oak City Comedy Festival, Maine Comedy Festival, and the Rogue Island Comedy Festival. She hosts and coproduces a bi-monthly show in the East Village called Keeping It Fresh as well as coproducing a show called Isn’t She Funny every week in Brooklyn. Her mom is very supportive of her comedy, and really wants her to write a tv show called “Lady Seinfeld.” So look out for that.