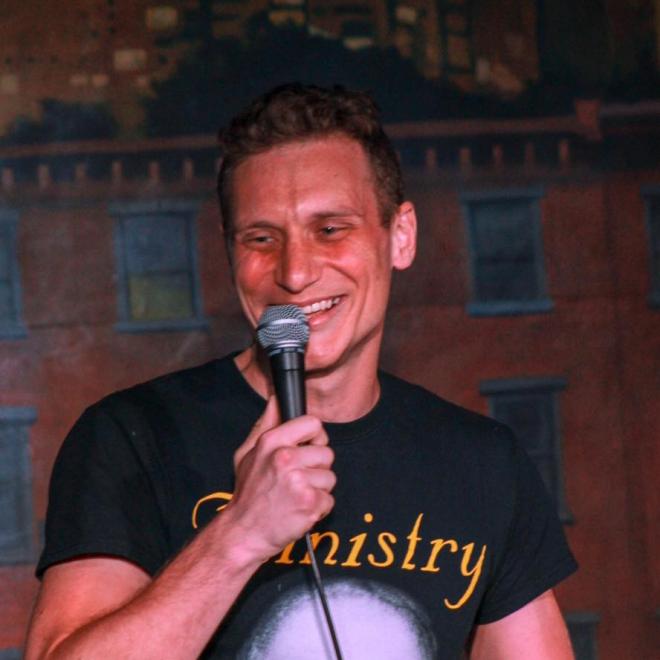 Gene Meyer brings the energy and intensity of grindcore to the comedy stage. His topics run the gamut of his brain to include true stories infused with satire from his misfit childhood, addiction and cancer recovery, his life as a straightedge-grindcore enthusiast, and musings on which sandwiches go best with Don Rickles. Gene is a featured writer for Decibel Magazine, Kerrang! Magazine and the vocalist for Bandit (2018 Maryland Deathfest), an internationally touring grindcore band based in Philadelphia, PA. When he isn’t performing, he’s rooting for the New York Jets. He has a dad.