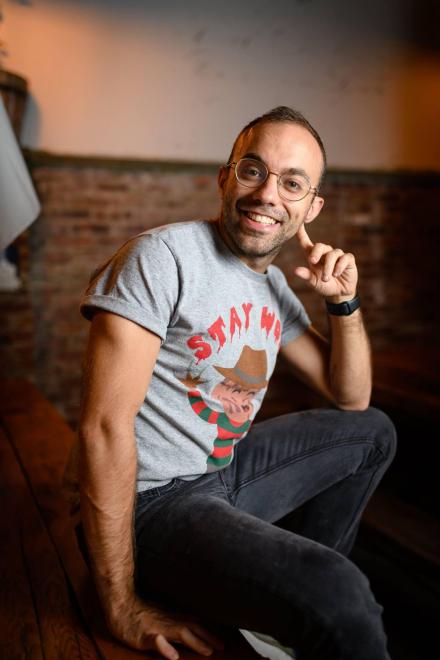 Gus Constantellis is a first generation Greek-American stand up comedian/writer. He was born and raised in Brooklyn and currently a regular comic at Broadway Comedy Club, Stand Up NY, and Caroline’s. He is a gay comedian whose material deals heavily with his large immigrant family, his Greek heritage, and raunchy yet relatable dating stories. He is also a TV writer for several children's shows, including The Lion Guard, Rainbow Rangers, and Abby Hatcher.