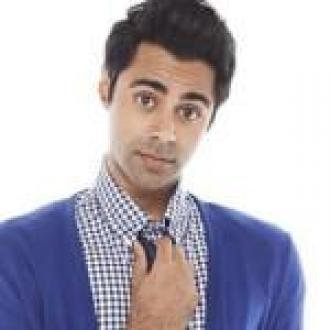 Hasan Minhaj is a comedian, actor, and writer based in Los Angeles, California. He currently plays the role of ‘Seth’ on ABC Family’s ‘State of Georgia’ and is a series regular on MTV’s improv comedy show ‘Disaster Date’. Hasan has appeared on E!‘s ‘Chelsea Lately’, Fox’s ‘The Wanda Sykes Show’, and Comedy Central’s ‘Legend of Neil’. His debut album ‘Hasan Minhaj: Leaning on Expensive Cars and Getting Paid to Do It’ is now available on Itunes/Amazon. Originally from San Francisco’s booming comedy scene he quickly became a regular at the world famous Punchline Comedy Club working with some of the nations top headlining acts. As the winner of Sierra Mists ‘Best Comic Standing’ he performed at LiveNation’s Wild 94.9 Comedy Jam, the nations largest comedy concert. In 2009 he was a national finalist in NBC’s Standup for Diversity and signed on to join their prestigious National College Touring Company. The same year he performed at the Aspen Comedy Festival, SF Sketchfest, and was featured in Punchline Magazine. In 2010 he participated in the CBS Diversity Showcase and the MTV Comedy Showcase. Today, Hasan enjoys writing biographies about himself in the third person.