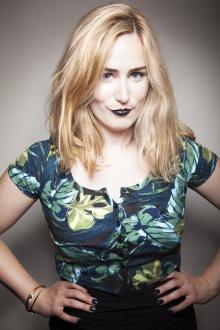 Irene Morales is a comedian living in New York City, originally from Miami, Florida. Her stories and shortcomings combined with sarcasm and a little bit of sass make for a memorable set that audiences enjoy because they can relate. She has opened for Hannibal Buress, Ron Funches, Nikki Glaser, Gilbert Gottfried, Julio Escallon and many other comedians whom you probably haven’t heard of yet but are seriously funny. She placed top three in Comedy Central's South Beach Comedy Festival Contest in 2014. She has written for Yahoo Mujer, Fusion, GQ and currently is one of the producers of Murder Crush Kill, a weekly comedy show in Brooklyn. When Irene is not writing, performing, or selling her soul day-by-day at the crummy retail job that she hates, she is running around New York City with some of the funniest people on the planet trying to make it on time to another stand-up show.