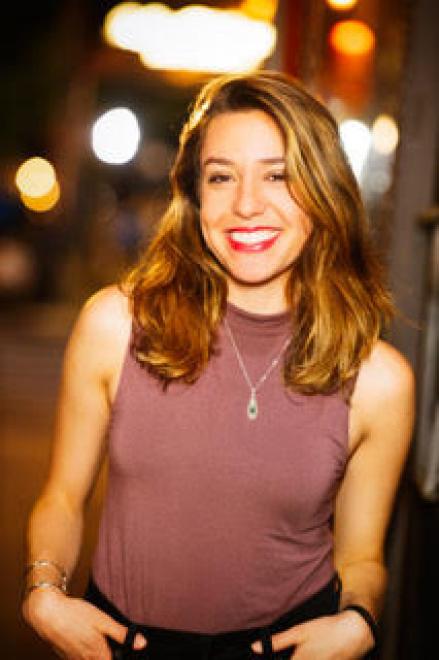 Janelle Draper is a New York based comedian and writer. She brings her charm and quick wit on-air as a regular Trivia and Bingo host for the offbeat comedy channel, IFC. You can watch her standup on IFC.com “That’s Funny” and listen to it on Audible. She performs all over the country, most notably at Boston Comedy Festival, All Jane Comedy Festival (Portland) and Laugh Factory (LA + Chicago). She produces and hosts Foreplay On A Hump Day at Stand Up NY and Twisted Sistas at The Stand Comedy Club. Janelle’s comedy can be described as off the cuff, high energy and honest. She has appeared in commercials for T-Mobile, Bud Light and Levi’s. Janelle is originally from Boston but only has an accent when drinking Chardonnay. She started doing standup in LA when she was an NBC Page in an itchy Brooks Brother’s uniform working on the Tonight Show with Jay Leno.