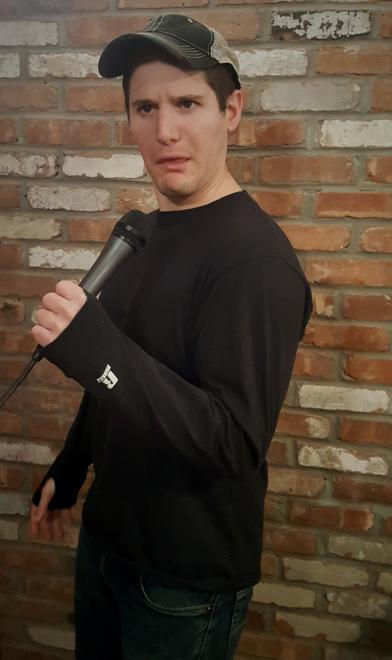 When Rob isn't modeling he tells jokes on stage. There's a reason Rob's known as: "The Prettiest Face" in comedy and yes he will sign autographs after the show. Rob regularly works NYC's clubs, bars, and subway trains. He's also the co-host and producer of the popular Part Of The Problem podcast and a contributing writer for his Mothers church newsletter. If you haven't read it, they just did a great piece on Judy's yard sale. Other than performing stand up comedy, Rob makes a web series, Robs Newsroom, a podcast, Run Your Mouth and a pretty great Quesadilla. If you're wondering what a good starting point for consuming Rob's content is, we recommend the quesadilla.