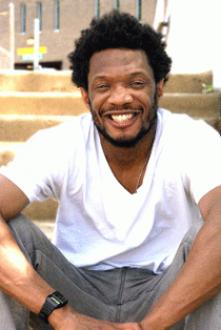 Seaton Smith is a comedian & actor. In late 2014 Seaton made his television debut as ‘Motif’ on Fox's Mulaney. Soon after in 2015 he had a breakout performance on “late night with seth meyers.” then he got real lucky appearing in Inside Amy Schumer. In the season 5 finale of HBO “Girls.” and Hulu's Difficult People. All while also being a regular guest on the comedy central’s nightly show. Vulture named him one of the 50 comedians you should know in 2015: " he’s bursting with energy in a way that sets him apart in a overcrowded stand-up scene." Chortle.com says Seaton “offers a mesmerizing, livewire performance, full of joy and amazing comic energy”. "A naturally effervescent stage presence. As spirited as he is cerebral…one to watch." Time Out New York In September 2015 under the legendary comedy record comedy new wave Seaton released his debut album bologna meat. Which laugh button reviewed: Smith’s humor is smart, energetic, and refreshingly clever as he fiddles with unique views on the world…continuously brings something new and exciting to stale topics.” He’s performed at over 200 colleges across the country and he has headlined shows across the world, appearing in international comedy festivals the Montreal just for laughs, Melbourne Comedy Festival, and the Iveagh Gardens Comedy Festival in Dublin. I got platinum miles yo! – Seaton Smith once said. Originally starting in Washington DC, he now lives in NYC.