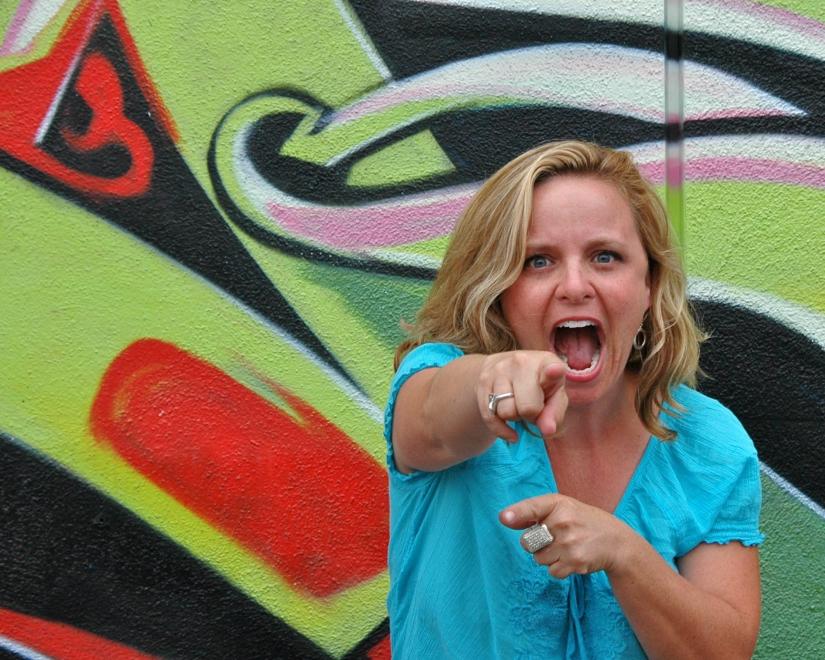 Take the all American girl next door, add a pinch of devilish charm, a dash of sports fanatic, some raw charisma, sprinkle in kooky, eclectic characters set on high speed and POW! the perfect recipe for comedy. Tracy Locke has been performing as a professional comedian for over 12 years, from sold out shows at Radio City Music Hall to comedy clubs across the nation. She has hosted television, live events and award shows as well as corporate team building. Tracy Locke has done it all! Born and raised on the mean streets of Philadelphia.(OK, it was actually a suburb)Tracy has lived anything but a normal suburban life. From exploring the jungles of Thailand and Cambodia, to tackling a 250 lb running back in the WNFL, this little spitfire will strap you into the front seat of her roller-coaster life for a hilarious ride you won't soon forget as she shares her insights on sports, dating adventures and growing up All-American. Tracy started her comedy career in NYC and had the incredible opportunity to spend two years as the opening act on Lisa Lampanelli's National Theatre Stand-Up Tour. Some of the tour highlights included - Pantages Theatre, Radio City Music Hall and Carnegie Hall. She is currently the the warm-up comedian on The Harry Connick Jr. Show on FOX. She has also worked on NBC's Meredith Vieira Show ABC's Who Wants to be a Millionaire. ABC's Katie Couric Show and hosts various corporate events throughout the country Tracy has been a reporter on The Outdoor Life Network and was a main player with the professional Improv troupes Inappropriate Behavior - NYC and Blank Label - LA She has studied and performed with Second City, Chicago City Limits, Improv Olympic West, Upright Citizens Brigade, The Groundlings and The American Comedy Institute. Tracy continues to do stand up, television and voice over projects across the nation.